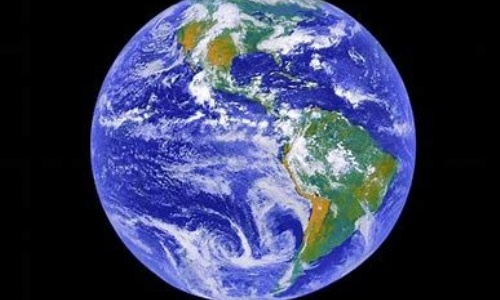 This week, Miss Desmond lead the school in an assembly focused on planet Earth.

Miss Desmond ended the assembly with a short story which we would like to share with you:
One evening, a man was walking along a beach when he spotted a young boy down by the shore. The man noticed that the beach was littered with starfish that had been washed up by a storm. The starfish were now stranded, with no hope of returning to the sea. As the man watched the boy, he noticed that the boy was picking up the starfish one at a time and throwing them back into the sea. The man was a bit puzzled. How did the boy think he could help by throwing back one starfish at a time when there were so many starfish in need of saving? It was an impossible task!​
The man walked across the sand to meet the boy. ‘What are you doing?’ the man asked.​
‘Saving the starfish,’ the boy replied.​
‘But how can you?’ responded the man. ‘There are so many here to save! What difference can you make?’​
The boy picked up a starfish lying close to his feet and threw it back into the sea. As the starfish splashed into the water, the boy said, ‘Well, I made a difference to that one!’​